Understanding the nucleosynthesis of heavy elements in the universe ranges amongst the key topics currently addressed in nuclear astrophysics. ‘Waiting points’ at closed nucleon shells play a crucial role in controlling the reaction rates. However, since most of the pathway of heavy-element formation via the rapid-neutron capture process (r-process) runs in ‘terra incognita’ of the nuclear landscape, in particular the waiting point at N=126 is yet unexplored and will remain inaccessible to conventional nuclear reaction schemes even at next-generation radioactive beam facilities.

Laser-induced ion acceleration at upcoming high-power, short-pulse laser systems (like ATLAS3000/CALA in Garching or ELI-NP in Bucharest) will offer the perspective to exploit the unique properties of laser-accelerated ion beams in order to explore the scenario of a new reaction mechanism based on ultra-dense ion bunches. Accelerating fissile species (e.g. 232Th) towards a second layer of the same material will lead to fission both of the beam-like and target-like particles. Due to the close to solid-state density of the accelerated ion bunches, fusion may occur between neutron-rich (light) fission products, thus opening an access path towards nuclides in the vicinity of the N=126 waiting point.

In Garching the new high-power, short-pulse laser facility CALA (Center for Advanced Laser Applications, see photograph below) with its ‘workhorse’, the ATLAS3000 laser system (60 Joule/pulse, 20 fs, thus 3 PW laser power with a repletion rate up to 1 pulse per second) will provide excellent opportunities to study and optimize the above outlined new reaction scheme. The ‘High-Field’ (HF) beamline at CALA is dedicated to this type of studies based on heavy-ion laser particle acceleration. 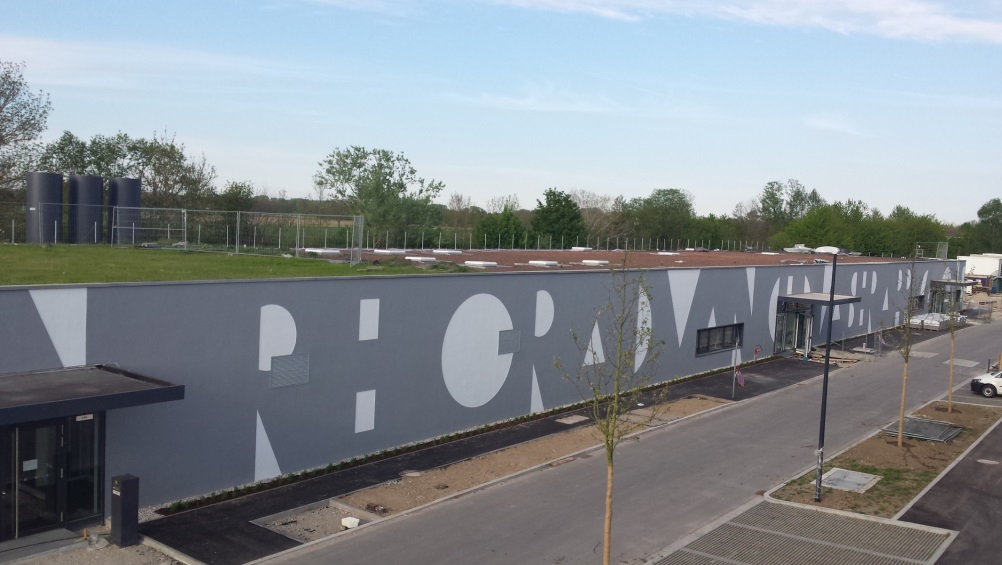